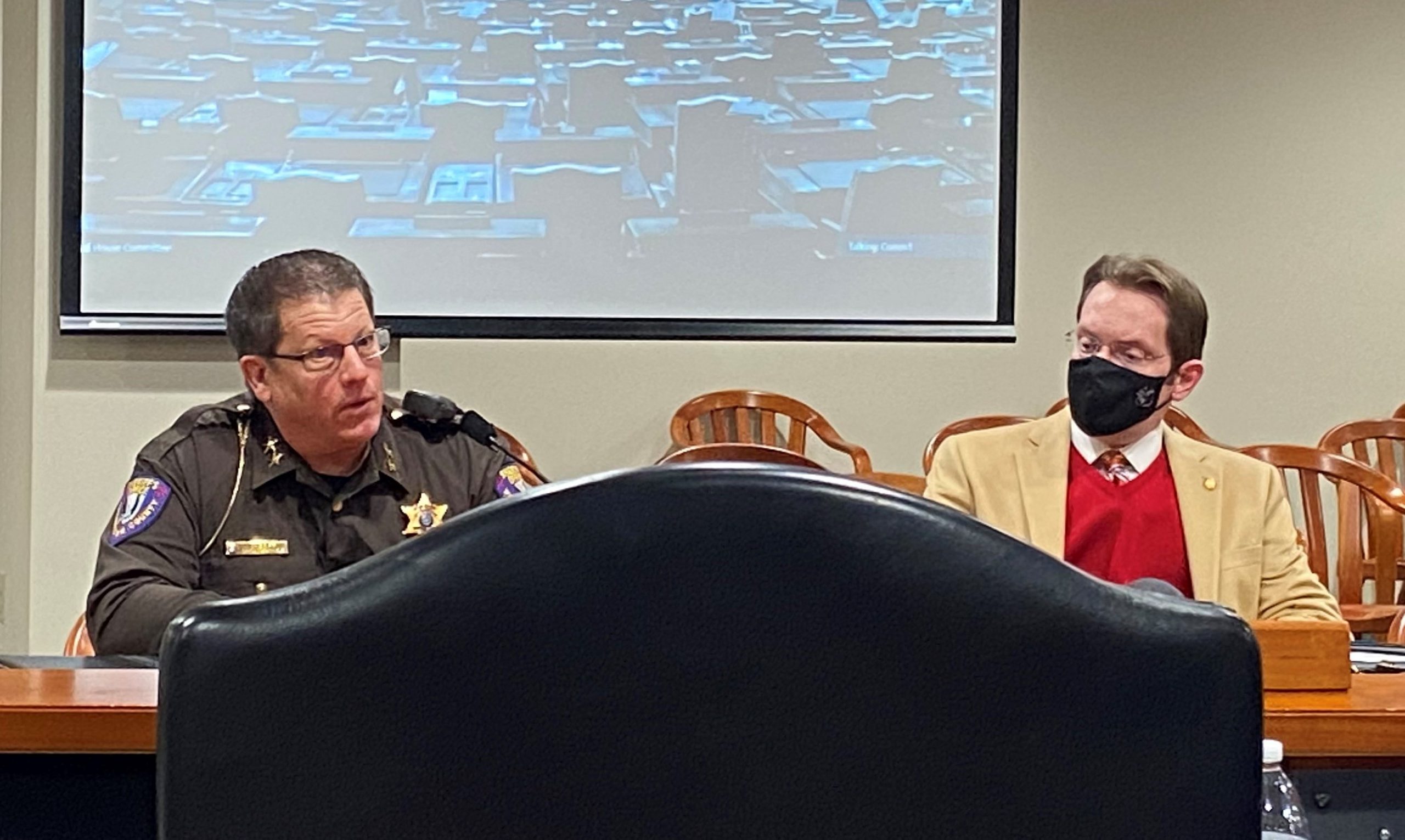 Frederick, of Owosso, testified before the House Judiciary Committee this week in support of his plan, which ensures law enforcement agencies and corrections agencies can review employment records while also preventing corrections officers from moving between one agency and another to avoid disciplinary action.

House Bills 4118 and 4119, which Frederick is sponsoring alongside Rep. Sarah Anthony (D-Lansing), would expand the law to require the same records for corrections officers.

“The feedback I received from our local law enforcement about the 2017 law has been very positive,” Frederick said. “Now, they’re able to get quite a bit of information on a potential hire if they’re coming from a different law enforcement agency, but not if someone has been serving as a corrections officer. We can build on the good progress we’ve made by making this reform.”

Shiawassee County Sheriff Brian BeGole joined Frederick for the committee hearing, speaking about how difficult it can be to obtain information about why an officer left a previous position.

“We demand the same standards for correctional deputies, and it is difficult, at times, to get information,” BeGole said. “They may say, ‘Yeah, he was employed here for this amount of time.’ Or there may be a vague record that they were terminated or resigned. But this will allow us to take a real look at the circumstances behind their separation.”

HBs 4118-19 remain under consideration by the House Judiciary Committee.

State Rep. Ben Frederick and the Michigan House today approved the state’s school budget for the upcoming fiscal year with an increase in per-pupil funding and a significant new investment in special education programs.